Working on a piece for the Hispanic Heritage show at Shenandoah Arts Council next month.

In the past I've had a hard time capturing the movement and distinctive tails of swallows, but I'm happy with how these turned out. 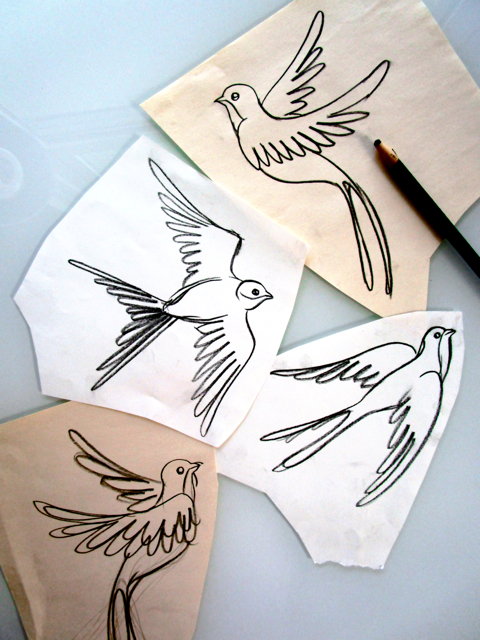 Reverse glass painting is becoming a favorite medium of mine. Because the first layer of paint will show at the top, it's like painting backwards. 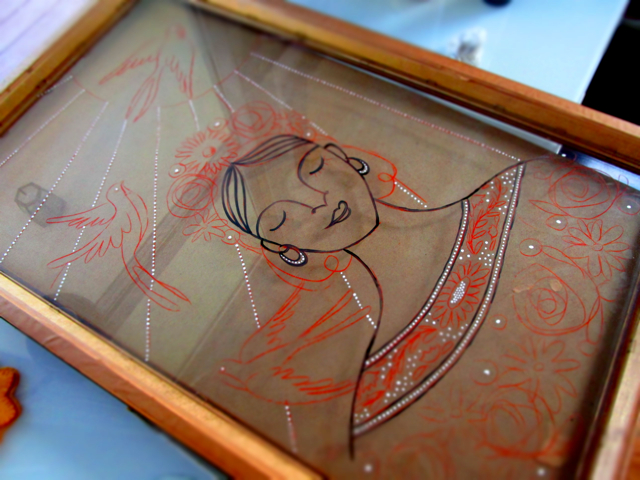 I like the heavy contour lines, they really make the bright colors pop. 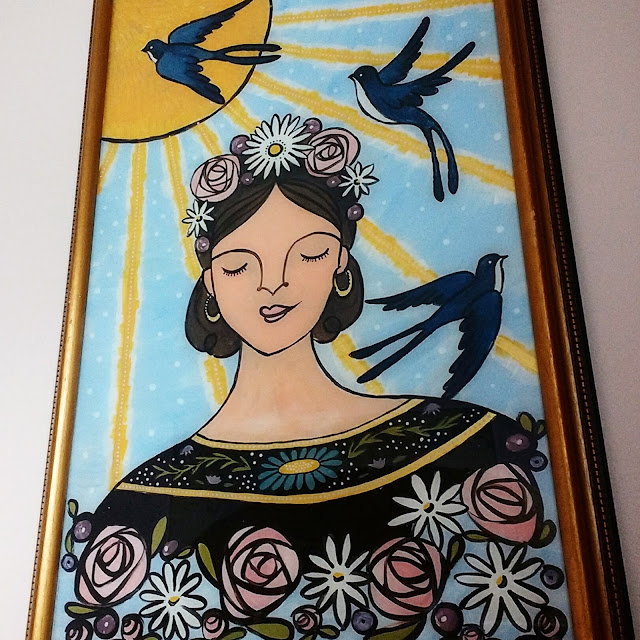 Working on this piece, I've been trying to channel Leo Politi, the artist responsible for the beautiful "The Blessing of the Animals" mural at Olvera Street in downtown Los Angeles: 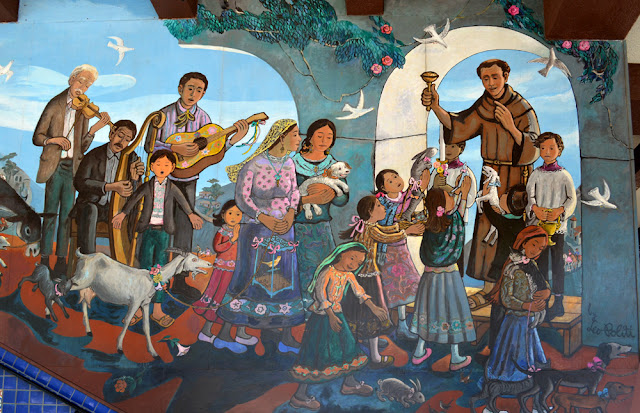 You know what I just learned about this mural that makes me love it even more? The characters depicted in it are inspired by real people (and animals):

Dedicated on April 4, 1978 by Cardinal Timothy Manning, the mural recalls some of the people who participated in the ceremony over the years: a blind harp player who performed the song "La Paloma" during the sparsely attended processions during the 1940's; a tall thin violinist who regularly played on Olvera Street and was the basis for the grandfather in Politi's classic children's book "Pedro, the Angel of Olvera Street"; a lady with poodles who worked in a booth on Olvera Street; and Emmet and Oscar - Politi's own dogs under the stairway.

So if you're in LA, be sure to visit Olvera Street and admire Politi's work in person! And grab a churro while you're at it.
Posted by Lia_Mendez at 6:07 AM No comments:

I'm working on a book about my time as an English teacher in Thailand, and created some stamps to help liven up the pages. Here's a quick peek of them, freshly carved and inked up. 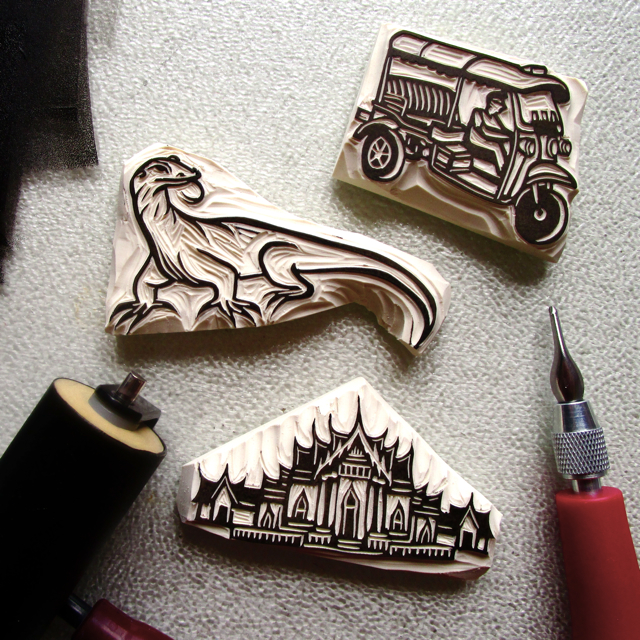 Summer has been a busy time of moving and renovations, but I'm happy to be settling into my new studio now and ready to get back down to business.

Here's the Zen Gnome that lives on the front porch now. He was a housewarming gift from Josh's mom. 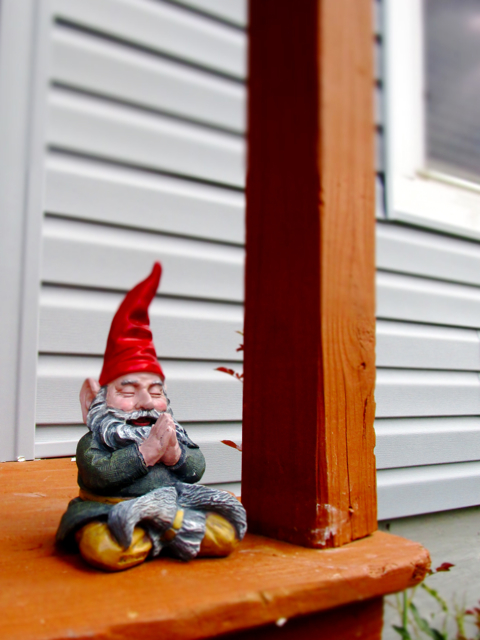 Oh, and here's something fun: A photographer from the local newspaper snapped a photo of me while I was out with my notebook and watercolors. Clearly a slow news day for Winchester, but I'll take it :-) 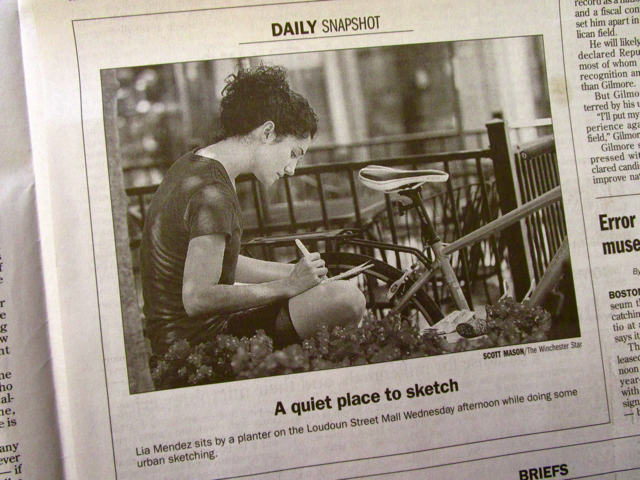 Posted by Lia_Mendez at 7:24 PM No comments: 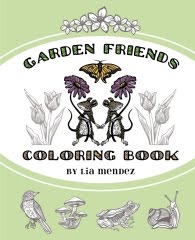